Published on November 1 2009 by Peter Ward

I've been trying out deliverance, and it is a really nice way of theming websites.

My motivation to use it is this: I want a website, which has various apps (in my case, Trac, HGWeb, SVN, and more), and I want to give all the pages a common theme. Instead of learning each of those application's theming languages (which would all be different, and some don't even have theme support), I want something to work as a "filter" at the web-server level...which is what Deliverance does, basically.

Unfortunately, it has a few things which annoys me. For one, it implements it's own web-server (deliverance-proxy uses paste.httpserver), and doesn't let you choose how to deploy it (e.g.: mod_wsgi on apache would be nice for me). Also, only half of it has been written as WSGI middleware (well, let's make that easily accessible WSGI middleware) - the bit which takes a theme and rules and transforms the content is available as deliverance.middleware.DeliveranceMiddleware. Unfortunately, link rewriting, response and request modifications aren't included in that, so you have to use deliverance-proxy to get them. :(

I've drawn two diagrams to illustrate my thoughts of how Deliverance should work, the first being how I currently understand it to be, and the second showing how I would like it to be. A disclaimer: representing Deliverance in a diagram was tricky, so it's not 100% accurate. Please don't take my lack of pedantry in drawing diagrams for a lack of understanding of how Deliverance works.

How deliverance works (according to me):

How I think Deliverance should work: 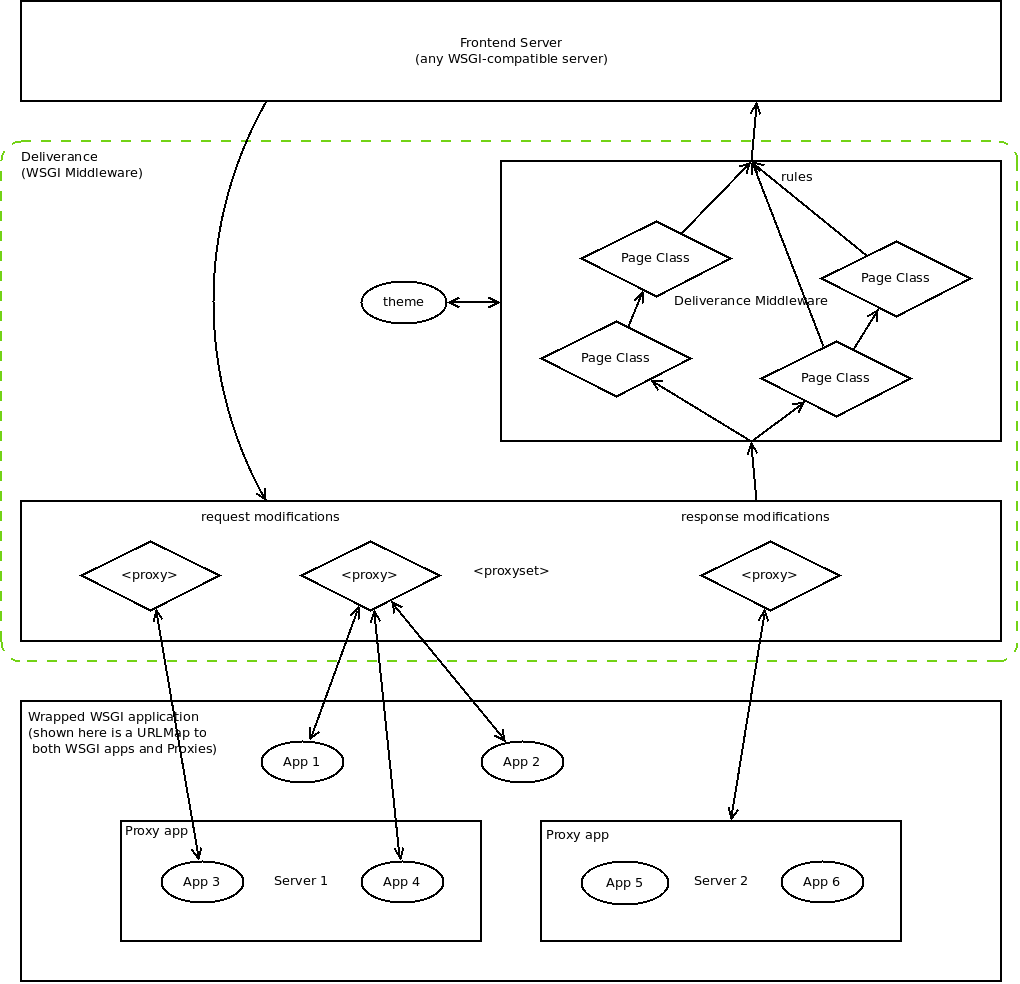 Some notes on things I'd like to see changed: